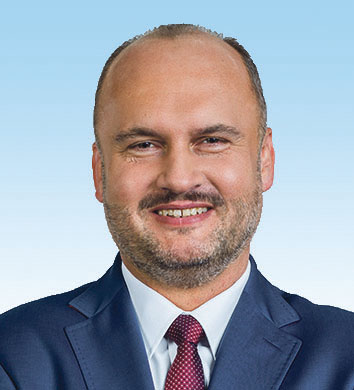 Marek Gola was born in Środa Wielkopolska in 1970.

He is a graduate of doctoral studies at the Poznań University of Economics and Business. He wrote his PhD thesis at the Faculty of International Economics – Department of Competitiveness. He is also a “Certificated Bank Employee” in the framework of the Qualifications Standards System in Polish Banking – completed banking studies at the WSB University.

Marek Gola holds a master’s degree earned at the Faculty of Mathematics and Computer Science at the Adam Mickiewicz University. In 1993-1994, still as a full-time student, he taught mathematics at a technical school of economics.

From 1998, Marek Gola managed branches and regions as a regional or general director in banks and other financial institutions in almost half of Poland – AIG CREDIT S.A., SYGMA BANK S.A., BZ WBK Faktor Sp. z o.o., BNP Paribas Factor Sp. z o.o. He was also involved in the establishment and development of Sygma Bank.

Currently, he runs his own business – financial and management advisory services for different enterprises.

Member of the Social Programme Council of „Monitor Wielkopolski”.

He is a member of the Club of Councillors of Koalicja Obywatelska. 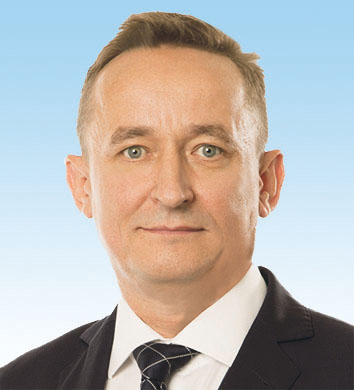 Jarosław Maciejewski holds a master’s degree in local government management earned at WSB University in Bydgoszcz. He also completed postgraduate studies in tax consulting, and before –post-secondary studies in electronics, earning the title of electronic technician.

Since 25 years, he has been running his own business – services including repairs of home appliances and electronic equipment.

The moderator of the Renewal of Wielkopolska Villages strategy, author of an enormous number of strategies for the development of village administrations in the Wielkopolska Region. A promoter of the implementation of the Renewal of Wielkopolska Villages strategy since its the very beginning (in 2009). His passions include work for local communities, conducting training, stimulating social activity, as well as sharing experience with local communities. Jarosław Maciejewski disseminates knowledge about the implementation of the Village Administration Fund in Wielkopolska communes, as well as the opportunities to create a civic budget and a task-oriented budget in local governments. 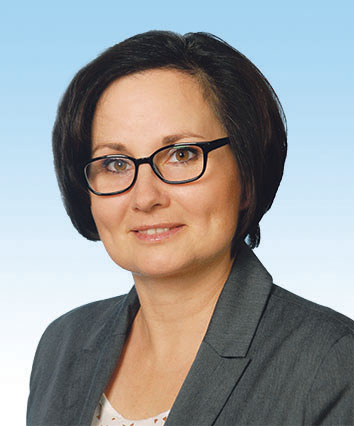 She was born on the 8th of November 1970 in Wągrowiec.

She completed post-graduate studies at the University of Economics in Poznan majoring in occupational health and safety management.

Agnieszka Magdalena Grzechowiak is employed at the First Secondary School in Wągrowiec in the position of a school secretary. She is involved in social life of the aforementioned school and performs numerous activities for this educational facility. She is a member of the Association of the Graduates and Friends of the First Secondary School (Stowarzyszenie Absolwentów i Przyjaciół I LO).

In 1999 she became a member of Democratic Left Alliance (Sojusz Lewicy Demokratycznej). She is a member of the Provincial Council in Poznan and the National Council of SLD in Warsaw.

She belongs to the Club Nowa Lewica in the Regional Parliament.