President of the Wielkopolska Regional Parliament 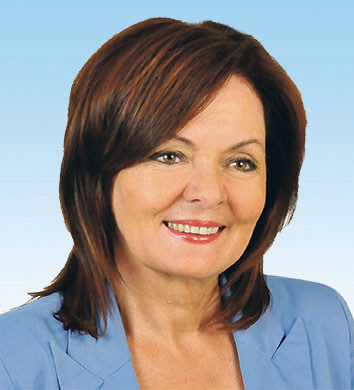 In the years 1999-2006 she managed geodesy and cartography departments in the District Authority Office in Konin, acting as deputy head of the department and deputy district surveyor. At the same time, she chaired the Project Documentation Harmonisation Team. In 2002-2006 she was a councillor of Konin City Council. She participated in the work of the Audit and Budget Committee.

From December 2006 till the end of November 2014, she served as Deputy Starost of Konin and then as Starost of Konin. In the years 2015-2020 she was the director of the District Surveying and Cartographic Documentation Centre in Poznań. In the years 2014-2018, she was a councillor of the Wielkopolska Region, heading the Education and Science Commission. In 2018, she became a regional councillor again. She served as Vice-Chairwoman of the Council of the Wielkopolska Region for a year, and currently chairs the Council.

Additional information
She has professional qualifications in the field of geodesy and cartography grade 1 and 2 and for supervisory board candidates. In 2002, she was awarded the qualifications of an auditor of the internal quality management system.

Since 2007, she has been a member of the Social Council of the Regional Hospital in Konin.
In 2008-2014 she was the President of Marina, a Local Tourist Organisation in Konin, which she founded.
The project for the economic development of Konin region was her initiative called Konin Agglomeration.
From 2015 to 2020 she was a member of the board of the Wielkopolska Association of District Surveyors in Poznań.

She was distinguished for her public activity with: